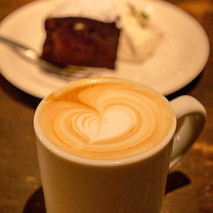 Trending on Twitter last week was the story of Pret a Manger and their strategy of surprising customers with free cups of coffee.  There appeared to be no system or pattern, just some lucky punters being presented with a coffee freebie.  To quote one such recipient  ‘it’s so brilliant. Feel like I’ve won the coffee lotto’.  On delving deeper it transpires that in the fiercely competitive coffee-to-go market, Clive Schlee, CEO at Pret, has recognised the power of the random act of kindness.  He has empowered his staff to hand out a free coffee to anyone they, well, frankly, like the look of.  Who knows the precise cost price of such a coffee –  50p? 75p? Whatever your thoughts on the big coffee chains, delighting your customers and winning their loyalty with a random investment of a few quid each day is a smart marketing ploy.  Those lucky enough to be chosen feel special; those who have not yet been chosen keep going back, with a bigger smile, a whackier tie or better banter in the hope of making the cut.  And let’s not forget the column inches, likes and retweets. Oh – and sales up by 16% year on year.

It’s not the first time that Pret a Manger have given their staff the go ahead to make their own decisions.  Well over a decade ago I saw a powerful presentation from a then Pret a Manger big boss.  Simply put, their staff were empowered to say yes to customers.  The only time staff had to ask for approval was if they felt they needed to say ‘no’.  Underpinning such apparent freedom was an ethos of trust.; trust in their customers and their staff.  Delighting customers was a win:win situation. Sure, there was a cost.  The small percentage of people who became aware of a generosity that was open to exploitation, the handful of customers who took advantage of the potential for freebies. But it was a risk Pret was prepared to take.  In a job that could be perceived as mundane or repetitive, their staff felt fabulous. No need for constant approval from above, none of the customer service battles that other retailers face each day but rather an ability to do their job well and use their judgement.  The result?  Happy customers with great brand loyalty and happy staff whose jobs were simplified by the power of yes.